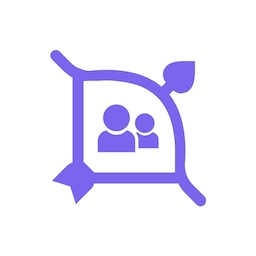 Join more than 4,500 members in keeping a watchful eye on all the holdings in the ARK Invest funds

An organized place to discuss:

One There always are, have been, and will be companies that heavily outperform the market on 1, 5 and 10 year timelines. Outperforming to an extent that they are labeled statistical outliers.

Two Those outlier companies are almost always pioneers of a new industry or technology.

Three Cathie Wood and the ARK Invest team are the tip of the spear. They provide a list of opportunities that you can invest in as a bucket (the Ark ETFs) or you can go off and decide which ones you personally have the highest conviction on.

Four If you want to retire in ten years, this is probably your best shot. This is most certainly not a guarantee that joining Cathie’s Ark will get there and it never will be. But the safe dividends of 3M, Citibank, and Exxon Mobil are a guarantee that you won’t.

You choose your own level of risk. Maybe you want to dabble in future tech by adding the Ark ETFs to your portfolio. Or maybe you want your whole portfolio to be future tech. Either way, this is what the Cathie’s Ark community is for.

We share ideas, research, knowledge, and news about the companies and ETFs involved in the ARK ecosystem. We’re supportive and excited for everyone that can win with us. And though we realize that the markets are individually zero-sum, we also know that on a small scale aggregate like Cathie’s Ark it is possible for everyone to walk away a healthy winner in ten years time. Maybe not as much as the next person 😏 but enough to make our time spent worthwhile.

What we're not about

This is not a place for quick trade ideas, buy and sell lists, "the play of the day", or posting your daily profit and loss. While many members are active traders and do shares trade ideas this is more about knowledge and better understanding of the companies and technology in the ARK portfolio. Sometimes we do have good discussion around trade strategy and wisdom, but we aren't hunting the quick gamble.

So with that out of the way... there are over 4,450 members, with the number growing each day. It’s pretty great, you should check it out!

📅 Snipped from the Trades and Storylines:

Keep Up With Cathie's Ark Trading Floor On The Go

Cathie's Ark Trading Floor is powered by Mighty Networks
Phone numbers from outside the United States may need to use a prefix (e.g. +44 XX XXXX XXXX). Available on iOS and Android. This site is protected by reCAPTCHA and the Google Privacy Policy and Terms of Service apply.
Choose a Membership Plan
Choose Plan